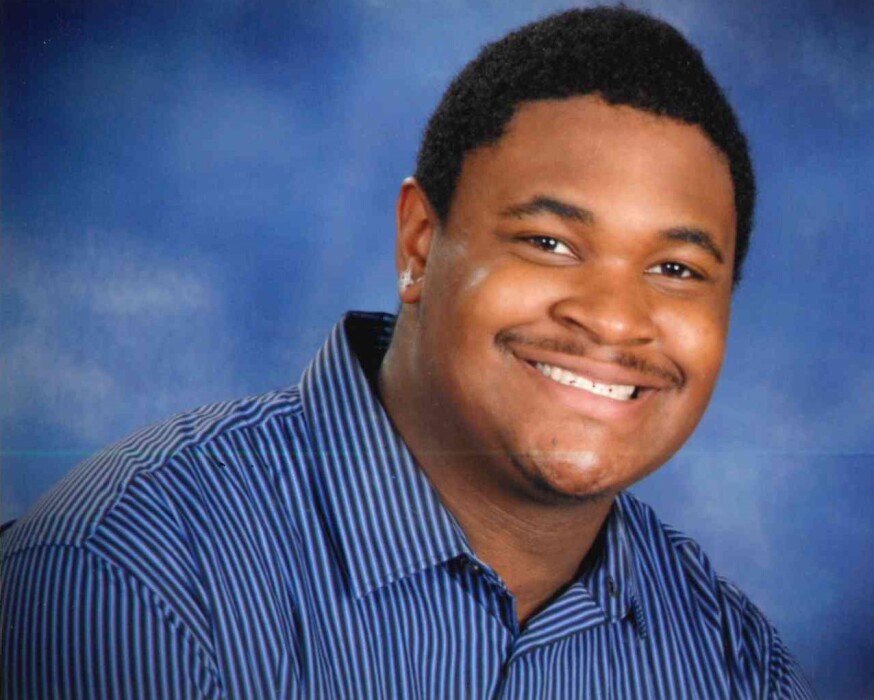 Austin Daniel Yancey was born on May 27, 1995, in Syracuse, New York, to Keith Yancey and Carla King. He was preceded in death by his great grandparents, Charles M. and Delphine King, W. Leroy and Rose Estelle Younge; great aunts Donna Miller and Carolyn Scott; great uncles Clifford (Tony) King I and Russell King. Austin and his mother moved to Kansas City, Missouri in September 1995.

Austin received his primary education at St. Monica and St. Regis Catholic Schools. He graduated from Archbishop O’Hara High School in 2013. During high school he participated in various activities including the National Forensics and Drama Club. He also played basketball and varsity football. He was an Envoy in the Delta Sigma Theta Sorority, Inc. Cotillion, Escort in the Alpha Kappa Alpha Sorority, Inc. Debutante Ball, co-host on KPRS Generation Rap and earned the Mr. Top Sales Scholarship in the 2013 Johnson County Chapter Jack and Jill of America, Inc. Beautillion.

Austin attended Huston-Tillotson University at Austin, Texas where he studied Communications. He transferred to Harris-Stowe University at St. Louis, Missouri, majoring in Criminal Justice. While in college, he attended the Kansas City Police Department’s 8-week Citizens Police Academy where he earned a graduation certificate in 2014.

Austin was baptized at The Historic Centennial United Methodist Church at the age of 6 weeks. He was confirmed as a youth. He was active in Centennial throughout his life beginning as an Acolyte and later as a Worship Leader. He also served in the following ministries: Sunday School, Children’s Church, Children’s Choir, Youth Group, Youth Usher Board, Youth Choir, Upper Room summer program volunteer, member of the Trustee Board. Through the church, he joined Black Methodists for Church Renewal (BMCR) and the National Association for the Advancement of Colored People (NAACP). The two ministries he enjoyed the most were Centennial’s Prayer Breakfast Team and the Audio-Visual Team where he served alongside “Gramp”, his grandfather, Charles E. King.

Austin attended Centennial’s Freedom School as a scholar in grade school and obtained his first job, at age 14, as a Freedom School Junior Intern. Austin was employed by several companies. At the time of his death, he was employed at Amazon Fulfillment Center in Kansas City, Kansas.

Austin’s entertained his friends, especially with his YouTube channel where he covered various topics. They affectionally describe his sense of humor as “whimsical”. Austin loved sports, music and comedies. He was an avid Chiefs fan. He studied football and loved to have discussions where he shared his vast knowledge of the players and quoted their statistics.

To order memorial trees or send flowers to the family in memory of Austin Yancey, please visit our flower store.