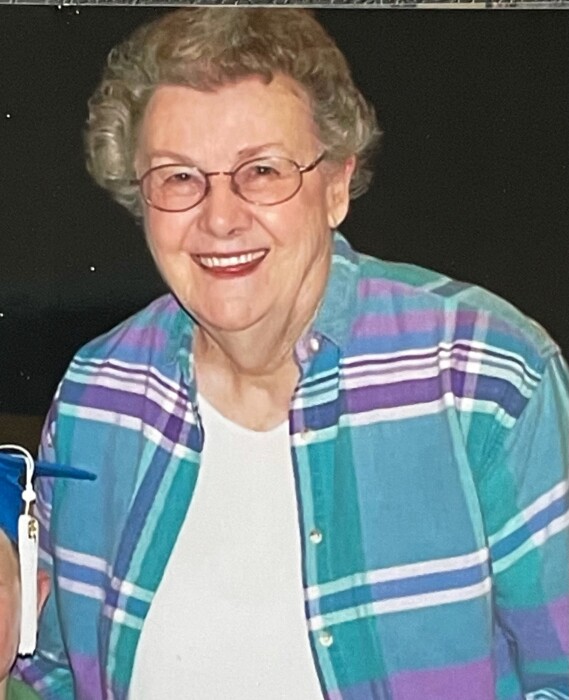 Barbara Jo Tice passed away in her home on July 18th, 2021, at the age of 92, surrounded by loved ones.  Barbara was born May 17, 1929, in New Braunfels, TX to Gertrude Kirkpatrick Francis and Joseph Manning Francis.  As a young girl, Barbara loved to play outdoors and was a self-professed tomboy.  She fell in love with horses as a girl, and it remained a passion that she carried her whole life.

She graduated from New Braunfels High School and attended the University of Texas.   Later she worked as a clerk typist at Lackland Air Force Base.  She married Bob Tice in 1957 in San Antonio, where they made a home.  Barbara was married to Bob for more than 64 years.  Their first child, Robert, was born in 1960.  In 1966, she and her family moved to Independence MO, due to a promotion Bob received with Montgomery Ward.  She gave birth to their second child, David, in 1968.

In 1971 Barbara and Bob bought an historic home in Independence that was in poor condition and started a restoration of the house that lasted until they moved in 1987.  To furnish it, they started buying antique furniture at estate sales and auctions and eventually this grew into a business of buying antiques and then selling them out of an old carriage barn that was on their property.  Barbara enjoyed refinishing furniture and learned to cane chairs and do some upholstery.

For most of Robert and David’s childhood, Barbara was a stay-at-home-mom, but in the 1980s she did spend several years as a billing clerk for the Percy Kent Bag Company.  After Bob retired, they enjoyed taking trips each year throughout North America, the Caribbean, and Europe.  Barbara felt very fortunate to have travelled as she did, never imagining that she would get to visit so many places.

Barbara enjoyed reading historical fiction her whole life.  In her later years, she particularly enjoyed being able to spend time with her grandchildren frequently.

Barbara was a member of Christ United Methodist Church in Independence for more than 50 years.

In the last few years of her life Barbara wrote a short autobiography.  The following are the sentences she chose to close her memoirs with:

“Even though I have not made much of a contribution to the welfare of the world, I have had a good life.  I have been to places and done things I only had read about.  My health has been good.  I have loved and been loved.  I have tried to be a good wife, mother, friend, and neighbor and live as a Christian.  My hope is that my children and grandchildren will have as good a life as I have had.  Do not grieve for me when I die- remember I love you.  Bob, Robert and Miluska, David, Kimberly, Jacob and Emma, you have brought so much joy into my life, and I am grateful.”

She is survived by her husband Bob, her two children Robert and David, her daughters-in-law Miluska and Kimberly, grandchildren Jacob and Emma, and numerous nephews, nieces, grandnephews and grandnieces, cousins, and friends.  She is preceded in death by her parents Manning and Gertrude Francis, and sister Beverly McGowan and brother-in-law William McGowan.

Services for Barbara will be Saturday, July 24, 2021 with Visitation at 10AM, Funeral at 11AM followed by Graveside all taking place at Longview Funeral Home and Cemetery: 12700 SE Raytown Rd, Kansas City Missouri, 64149.

To order memorial trees or send flowers to the family in memory of Barbara Tice, please visit our flower store.