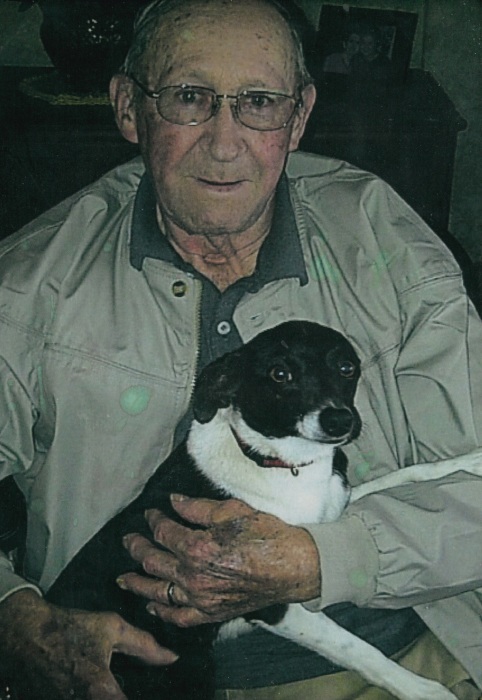 Billy was born February 16, 1930, and was the cherished baby brother of Lorene Sparrow Coffman, who preceded him in death at the young age of 49. There were 13 years difference in their ages, but Billy remained close to and looked up to his big sister and her husband, Alford W. Coffman.

Billy was a US Army Veteran, worked most of his life in the management of service stations. He and his beloved wife, Anna, lived most of their life together in Ruskin Hills, Kansas City, MO, until her death several years ago. He remained in their home with his adorable pup until his health deteriorated to the point he needed dialysis among other medical concerns.

His last years were unfortunately miserable for him... and he wasn't shy of making that fact known to his healthcare providers and anyone within hearing distance. As one of his niece Judy's friends said half teasingly, at last he is finally out of that blankety blank place. The staff there was actually very kind to him, showing him pictures of dogs when he was upset.

His niece, Judy, moved him up to Liberty so that she could visit him often and could handle the duty of Power of Attorney easier. Until she broke her hip a few weeks ago, she was able to visit with him regularly and bring him his low salt Pringles, which he loved.

We do love you and cherish you pray that we will be able to see you with our Lord and the rest of our dearly departed relatives someday. Until then, with a sad heart, we will say goodbye.

A funeral service will be held on Saturday, May 11th at 11:00 am at Longview Funeral Home, 12700 SE Raytown Rd, Kansas City, MO 64149. Interment will follow in Longview Cemetery with military honors. Memorial donations are suggested to Three Rivers Hospice or your favorite charity.

To order memorial trees or send flowers to the family in memory of Billy Sparrow, please visit our flower store.