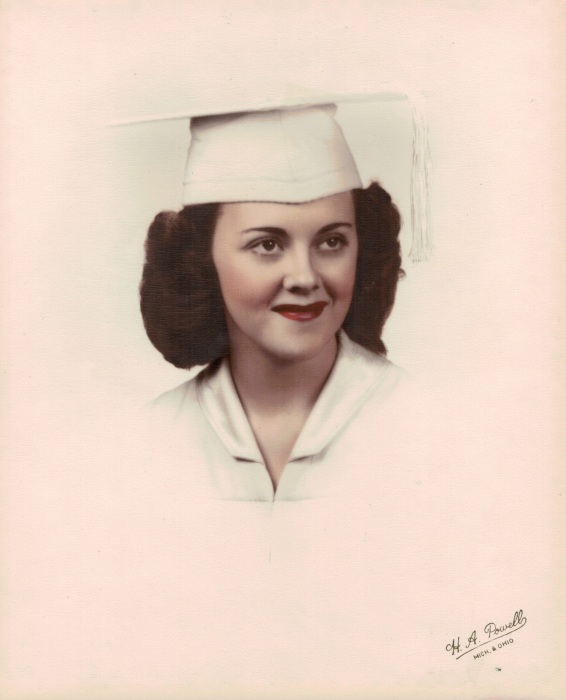 Born April 19, 1931 in St. Louis, Missouri, she was the daughter of Marvin and Edna Tatge.  While living in Detroit, where she grew up and graduated high school, Carol met her husband Robert Terry, marrying in 1953.

In 1969, Carol and her family moved to Pleasant Hill, where she worked for the Pleasant Hill Times, as well as being very active in Scouts, Sweet Adelines and her church. In 1979 Carol and her family moved into the Kansas City area, where she embarked on a new career, running the office of the family business. Though, she always kept family first and brought her young grandson to the office with her.  When she finally retired in 2007, she continued to help raise her two grandchildren, Jackson and Alexandra.

Carol was preceded in death by Robert Terry, her husband of 52 years. She is survived by her brother Roy Tatge, her two children Patrick (and spouse Vada Terry) and Paul Terry, her grandchildren Sarah Terry-Henks (and spouse Daniel Henks), Jennifer Terry, Jackson Terry and Alexandra Terry, and great-grandchildren Mackenzie Henks, Ellie Henks, and Trace Henks.

A Celebration of Life will be held on Saturday, March 3rd, from 12:00 – 2:00 pm with a time for sharing at Longview Funeral Home, 12700 S Raytown Rd, Kansas City, MO 64149. Inurnment will follow in Longview Cemetery. In lieu of flowers, memorial donations are suggested to Beautiful Savior Lutheran Church.

To order memorial trees or send flowers to the family in memory of Carol Terry, please visit our flower store.