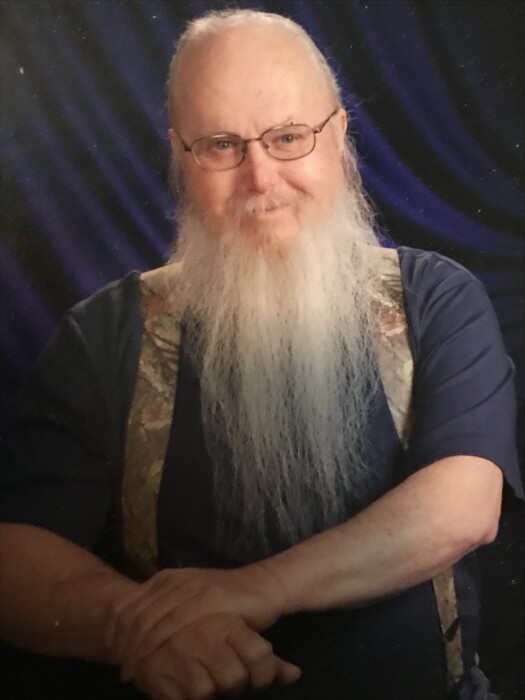 Cary Glenn Huffman would like you to believe that he was attacked by a grizzly while trapping beaver and succumbed to his injuries only after skinning that bear, or that he fell to his death as he leapt from the crow’s nest when his cutlass, held in his teeth, became entangled in the lines of the mizzenmast.  Although these dramatic endings would have better suited his insatiable thirst for life, the truth is that Cary peacefully left this world just as he wished, bullheaded and buck naked, in his home surrounded by his loved ones on August 12, 2020.

Born in Laddonia, Missouri to adoring parents Pauline Pearl Worley and Joseph Michael Huffman, Sr. who preceded him in death, Cary sought adventure soon after graduating from Park Hill High School in 1969 by enlisting in the Navy.  Cary proudly served two tours in Vietnam before returning to Missouri to wed Mary Margret Middleton in 1974.

Cary tried his hand at as many professions as he could, from sailor, pig farmer, woodworker and furniture maker, to Boilermaker, candle maker, politician, metal artist, industrial recycler, green grocer, gun shop owner, and purveyor of live bait and spices.

Cary leaves behind his devoted wife, Mary, who was certain of Cary’s love throughout their 46-year marriage because he demonstrated his affection frequently to the embarrassment of his children and the shock of the public.  Cary’s children, Michelle and Jeff, Alicia and Erik, his favorite child Nathan, and Hannah and Steve, are forever blessed for having such a fiercely loyal father and will carry on his legacy in their good looks and charm.  Cary also leaves behind his older brother, Joseph Michael Huffman, Jr. of Kearny, Missouri, and his sister Debi Nicholson and her husband Keith of Salem, Indiana.

Cary loved his family, starting trouble, and telling the truth, and will be remembered for his unwavering patriotism, his epic cussing, and his Tarzan yell from the front stoop of his house.

A casual drop-in outdoor visitation, masks required, will be held at Shelter 4 off of Howell Street at Macken Park in North Kansas City on Sunday, August 16, 2020, from 1:00 p.m. to 3:00 p.m.  Given the current public health crisis, Cary’s family understands that many may be unable to attend and appreciates every text, call, and email received.  Condolences and memories may be emailed to caryglennhuffman@gmail.com.

To order memorial trees or send flowers to the family in memory of Cary Huffman, please visit our flower store.