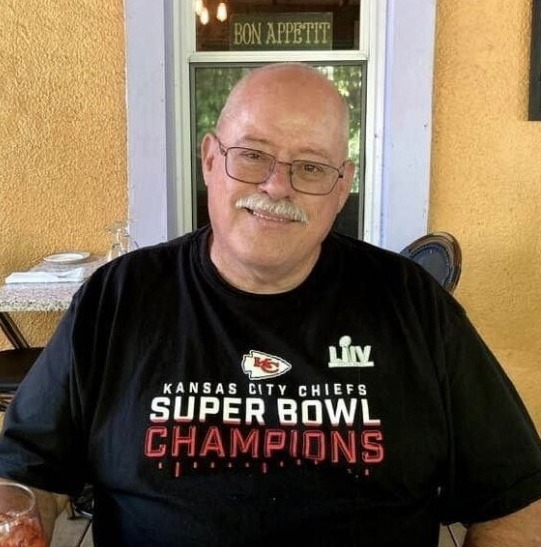 Charles Edward "Charlie” Hobbs, 70, of Grandview, MO, unexpectedly passed away December 20, 2022. A visitation will be held on Wednesday, December 28 from 4-5pm, followed by a Celebration of Life at 5pm, all at Longview Funeral Home, Kansas City.

Charlie was born on September 4, 1952 in San Antonio, TX. Charlie spent his childhood in Dade City, FL and Memphis, TN. After graduating from Memphis State University in 1974, Charlie moved to St. Louis, MO where he met Mary Reed. They married on April 10, 1981 at the Jewel Box in Forest Park. They moved to Kansas City shortly after and became parents to Ryan in 1982 and Lia in 1984. Charlie obtained a Master’s Degree from Baker University and worked in retail management for his entire career.

Charlie was a jack-of-all-trades who enjoyed fishing, working on his boat, woodworking, and generally doing anything mechanical. He had an interest in genealogy and history, especially of the Civil War era, and a sweet tooth for coconut desserts. Charlie actively volunteered as a poll worker for the Jackson County Election Board. He loved country music, old western movies, and supporting all the Kansas City sports teams. He was also an avid reader and enjoyed counted cross-stitch and puzzles in his spare time.

Charlie could carry on a conversation with anyone and would make you feel completely at ease. He cared deeply for his family and friends and was always someone you could count on. He will be greatly missed by all that knew him.

In lieu of flowers, memorial contributions are suggested to the American Heart Association https://heart.org/donate

To order memorial trees or send flowers to the family in memory of Charles Hobbs, please visit our flower store.