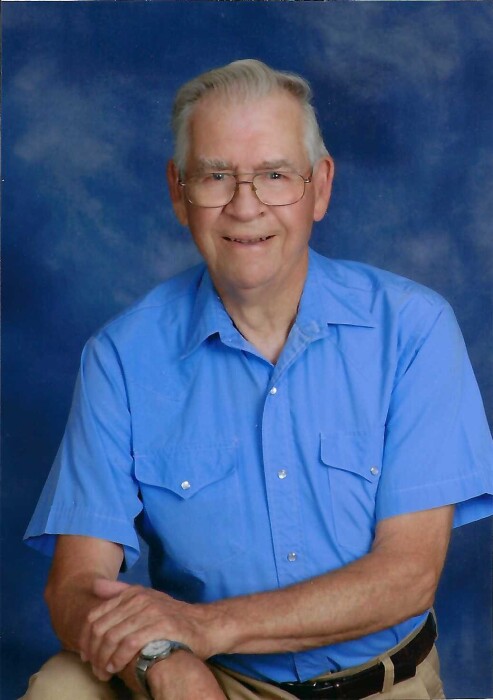 Chuck was born to Charles and Hattie (Crossland) Demo on May 27,1930 in Secore, IL. He grew up in El Dorado, Kansas, graduating from El Dorado High School in 1948. Shortly after high school he met the love of his life, Mary Francis Komer. Chuck and Mary began a lifetime of incredible adventures together when they married on October 23, 1954. As they moved around the country, they continued their love of travel. They were blessed with five amazing children who Chuck found great pride in and loved being a father to: Therese, Mike, Kathy, Pat, and Tom. Chuck was a proud veteran and continued his work with the government in the General Accounting Office. From his years in government Chuck gained his favorite saying: “That is good enough for government work!” which drove Mary nuts, but Chuck’s humor always shined through.

Chuck developed everyone’s love of the outdoors with his passion for camping and fishing. He enjoyed working outside with his boys and their friends, providing them with employment all around the neighborhood. He was also a master at woodworking and made items to fill his family and friend’s houses. Chuck was also your go-to guy for repairing anything with caulking and duct tape, a skill he passed down to his children, unfortunately.

Later in life Chuck was blessed with six grandchildren and one great grandchild that he adored more than anything. He filled their lives with memories, life lessons and happiness. Everyone ran to the house anytime he made his famous pancakes and noodles. He loved watching old John Wayne westerns and sharing stories from his wonderful life- anything to make his family laugh. This past year he hung a Patrick Mahomes picture in the house, cheering his favorite football team to a Super Bowl Victory. The only thing he loved as much was his family were his Chiefs!

As everyone around him knows, Chuck’s greatest legacy is the impact he made on the people around him.

The family would also like to extend sincere gratitude to the caregivers at Village Hospice for the loving care they provided.

In lieu of flowers, memorial contributions may be made to Village Hospice.

To order memorial trees or send flowers to the family in memory of Charles "Chuck" Demo Jr., please visit our flower store.