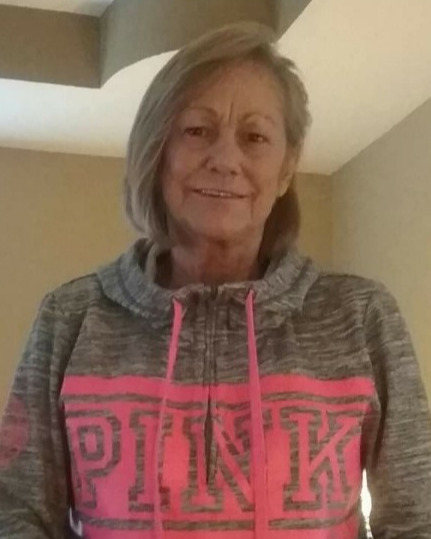 Darlene Marie (Richards) Beach, 70, passed away December 28, 2022 after a short battle surrounded by her loving family and faithful friend, Jo Lynn.  Memorial services will be held at 2pm on Friday, January 6 at Longview Funeral Home.  A private interment will follow at Longview Cemetery.

Darlene was born on March 16, 1952 in Tulsa, Oklahoma, to Marion Howard Richards and Elizabeth Ann (Anthamatten) Richards.  She married Ronald Beach in 1972 and they moved to the KC area and became the proud parents of Ronnie and RaChelle.  Darlene later moved in with her faithful friend, Jo Lynn, in 1993; they moved to the Lake of the Ozarks before finally residing in Raymore, MO.

Darlene immensely enjoyed spending time with her family, living at the lake, catfishing, and making many friends.  Her great grandchildren were the lights of her life that she thought she would never see.  She loved being their “Gigi” and wore her T-shirt proudly.

To order memorial trees or send flowers to the family in memory of Darlene Marie Beach, please visit our flower store.