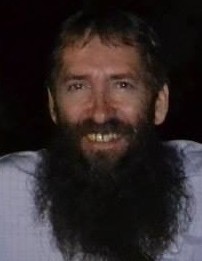 A memorial service will be held on Wednesday, December 11, at Yahweh Restoration Ministries, 11603 County Rd 4031, Holts Summit, MO 65043. Burial will be Monday, December 16, at Romney Cemetery in Cisco, TX.

Delwin was born June 9, 1962 in San Antonio, TX to William and Flo Wilson. They moved to Germany shortly after and lived on a military base there for a couple years. After Germany, they moved to Mississippi and called it home. After high school, he moved to Pennsylvania to go to school at the Obadiah School of the Bible. He was there for about a year and ended up moving to Olathe, KS to work as a commercial printer and to raise his two oldest sons with his wife Penny. He and Penny later got divorced.

Delwin then moved to Rocheport, MO to be closer to his family. It was in Rocheport that he met his wife, Christina. They have been married 20 years and have a son, Mal’aki.

Delwin was self-employed in the construction industry for a long time. He loved learning and always did it on his own. His biggest passion was photography. He created his own dark room and took pride in the work it took him to get the photo to turn out just right. He enjoyed collecting different things, especially dictionaries, bibles, encyclopedias, and vintage cameras. He also loved framing photos and being an airbrush artist. #DelCity

He was preceded in death by his father, William Eugene Wilson.

To order memorial trees or send flowers to the family in memory of Delwin Wilson Sr., please visit our flower store.