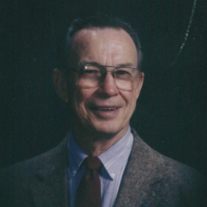 Eugene Allen Theiss, 86, died December 15, 2015 at John Knox Village Hospice.
He was born October 11, 1929 at Salina, KS.  Son of Allen and Helen (Gould) Theiss.  He lived his early life helping on the family farm near Hutchinson, KS.  He graduated from Buhler Rural High School in Buhler, KS in 1948.  He was a Korean Conflict Veteran serving in the US Army as a Sergeant.   He worked for Snow Meat Company, Independence, MO as a meat cutter/truck driver for 9 years.  He worked for Consolidated Freightways in KCMO for 27 years.  He liked to fish, woodworking, electronics, square dancing, painting, and gardening, especially flowers.  He was a member of First Christian Church of Independence, MO.  Survivors include:
Sisters:  Lillian (Frank) Swalley of Huntsville, AL and Edna (Gary) Fairchild of Lakeland, FL,
Son: Steven (Trish) of Princeton, MO, a daughter Janette (Ed) Carr of Lee’s Summit, Grandchildren: Misty (Ben) Yancey of Schaumburg, IL and Brandon (Mary) Carr of Farmers Branch, TX.  A Memorial Service will be held at 1PM on Saturday, 1/9/16 at the First Christian Church, 125 S Pleasant, Independence, MO, visitation to follow after services. Memorial donations are suggested to the COPD Foundation.

To order memorial trees or send flowers to the family in memory of Eugene "Gene" Theiss, please visit our flower store.