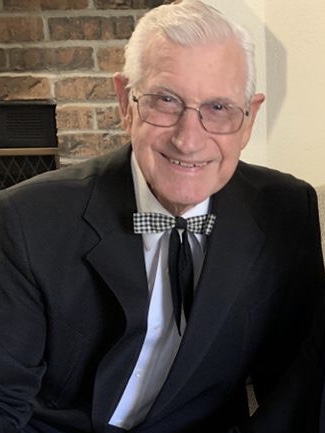 James William Benbrook, 84, of Lee’s Summit, passed away January 12, 2021.  Funeral services will be 1pm on Saturday, January 16 at the Church of Jesus Christ of Latter-Day Saints, 850 SE Church Street, Lee’s Summit, with visitation from 12-1pm.  Due to Covid restrictions and limited seating capacity at the church, the funeral service will be broadcast and can be viewed through the following link:  mywebcast.churchofjesuschrist.org/Events/kansascitymissouristake (copy and paste link into browser.)

Jim was born on July 30, 1936 in Garfield, Arkansas, the third of four children born to John and Jewell (Ricketts) Benbrook.  Jim grew up in Lodi, California and was a graduate of Sacramento City College.  Following graduation, he enlisted in the U. S. Army where he served from 1958 until 1961 until his honorable discharge.  He retired from the State of California’s Caltrans Department after over 35 years of service.  In his spare time, James enjoyed sailing, singing, working on his 1964 Ford Falcon and spending hours on end beautifying his gardens.  He was a self-taught handyman and mechanic.

After retirement, James and Sharel made their home on four acres in Lee’s Summit, Missouri where he enjoyed gardening and spending time with family.

Jim was very active in the Church of Jesus Christ of Latter-Day Saints, serving in several positions through out the years including serving a mission with his wife Sharel in the LDS Employment center helping people find needed employment.   Jim was a joyful soul and had a joke and a smile for anyone he encountered.  He also had a giving heart and was often found rendering service to anyone in need.

To order memorial trees or send flowers to the family in memory of James Benbrook, please visit our flower store.