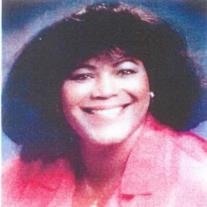 Janet was born on December 12, 1942 to the parents of Edwin and Alice Johnson in Kansas City, MO. She attended and graduated from Westport High School. She completed her Education in Nursing where she graduated as a Registered Nurse. She worked as a Registered Nurse and assisted as Surgical Nurse at many of the Kansas City Area Emergency Rooms. She later became the Occupational Health Nurse at Bayer Corporation, until her retirement in 2006. Janet dedicated her remaining time to educating and caring for her grandchildren, as well as leading bible studies at her local church. She was a great inspiration to all she came in contact with. She will be missed by all who knew her and by those who have yet to experience her wisdom, love, gentle and kindred spirit.

Janet was patient, kind, and a supportive mother, friend, grandmother, aunt, niece, cousin, and sister with passion for promoting peace and helping those who were in need. She encouraged others through her acts of kindness and love. She helped care for those whom could not care for themselves. She was inspiring and motivating. Promoting peace with others was her life-long goal. She obtained that goal with her daily acts of forgiveness, giving, kindness and thoughtfulness.

To order memorial trees or send flowers to the family in memory of Janet Newman, please visit our flower store.