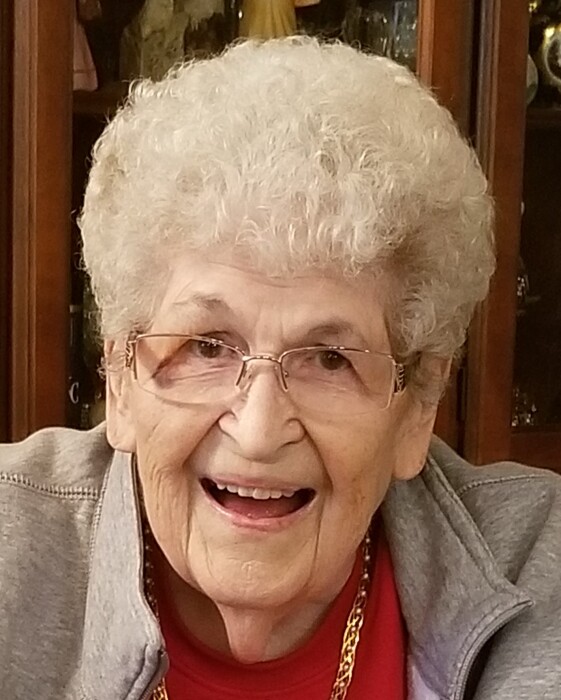 Born in Lepanto, Arkansas on August 7, 1934, she was the daughter of Charles A. “Gus” and Minnie Wright. Johnnie attended schools in Lepanto, AR and graduated from Libertyville High School in Libertyville, IL.

On March 10, 1956, she was united in marriage to her High School sweetheart, Arthur Robert Peter Jr. They were married in the parsonage of the Church of Christ, Memphis, TN.

She worked at Coopers Inc. (Jocky) in Kenosha, WI, and then moved to Memphis, TN, to be closer to her parents when Arthur entered the Marine Corps. With her marriage, she became a dedicated Marine Corps wife and a devoted mother, while staying involved in the wives clubs and joint family activities. After the military, she worked as an Order Filler at the Avon Order Fulfilment Center, Kansas City, MO, until it closed and she retired. She then went on to work for Nursing Homes as a Housekeeper, mainly to visit with the residents. She dearly loved being involved with people.

Johnnie was raised as a member of the Church of Christ in Lepanto, AR and baptized in a river. Locally, she was an active member of Hickman Mills Community Christian Church, Kansas City, MO, and currently, Raymore Christian Church. Her other memberships include Auxiliary’s of the Disabled American Veterans, Marine Corps League, Marine Corps Disbursing Association, Marine Corps Mustang Association and Military Officers Association. She enjoyed reunions, camping with family and friends, bus tours, cruises, musical theater and volunteering at the Kansas City VA Medical Center for 15 years.

The family would like to extend our heartfelt thanks to the staff of St. Luke’s East Hospital in Lee’s Summit, MO for their loving care and support during Johnnie’s final 18 days. Donations may be made in her memory to Alzheimer’s Association, www.alz.org or to the Raymore Christian Church, 500 Peace Drive, PO Box 680, Raymore, MO 64083.

Johnnie Peter's Services will be live streamed from our Longview Funeral Facebook page at the conclusion of services we will post a link on the website for further viewing options.

To order memorial trees or send flowers to the family in memory of Johnnie Peter, please visit our flower store.