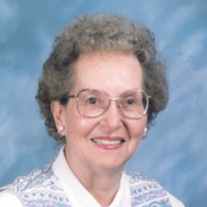 Kathleen (Kitty) Gleaves Bragg, widow of Dudley Bragg, formerly of Memphis died on October 5, 2016 in Lee’s Summit, MO.
Services will be held at Longview Funeral Home on Saturday, October 8th at 11:00 am in Kansas City, Missouri. Kitty was a member of Idlewild Presbyterian Church in Memphis, TN, where she was an elder and past president of Women of the Church. She was past president of the Board of Memphis YWCA.She was then a resident of Spanish Cove in Lillian, AL. She was a member of First Presbyterian Church of Foley, where she was an elder and Sunday School teacher, and active in the Presbyterian Women. She is survived her daughter, Laura Bragg Graff of Lee’s Summit, MO and 2 grandchildren: Sarah (Tyler) Graff Wilke and Carson (Adriane) Graff.
To order memorial trees or send flowers to the family in memory of Kathleen Bragg, please visit our flower store.