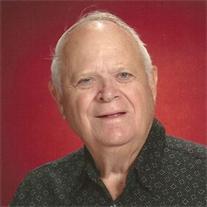 Larry was a wonderful son, husband, father and friend. He touched so many lives in so many ways. He was never too busy to help a friend. He was a mentor and father figure to many and a blessing to all.

Services will be held at Blue Ridge Baptist Temple (CrossPointe) 10306 Blue Ridge Blvd, KCMO 64134. Visitation will be Tuesday, May 15th from 5 – 9 pm with funeral services on Wednesday May 16th at 10 am.
To order memorial trees or send flowers to the family in memory of Mr. Larry Dahmer, please visit our flower store.