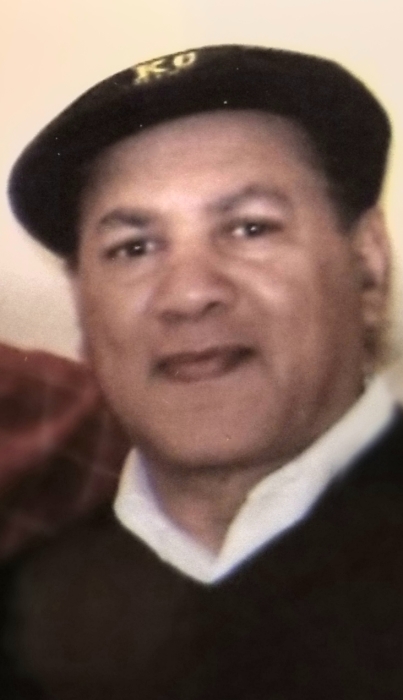 Louis Earl Watkins III was born in Baton Rouge, Louisiana on March 11, 1939. He was born to the parents of Louis Earl Watkins II and Rose Mary Shallowhorne-Watkins. Louis was raised in a loving home with 5 siblings Jaqueline Watkins, Leon Watkins, Kenneth M. Watkins (Zelma), Patricia Watkins-Banks and Harold Watkins. His formative years were spent attending McKinley High School where he earned a college scholarship in baseball. In 1962, he married the love of his life, Rose Marie-Brown Watkins-Wallace. In 1967, they set out on a bountiful endeavor to move to Kansas City, Missouri. After vacationing one summer in the Kansas City area. Louis and Rose had fallen in love with Missouri's change in seasons and the opportunities for a better life. Louis’s feelings were deep-rooted. Louis and Rose raised 4 children Taina F. Watkins- Johnson (Bobby), Antonio R. Watkins (Mechelle), Thea R. Watkins- Montano (Fabio) and Amecco R. Watkins in the community they loved. His family loved the memories of picking pumpkins at the pumpkin patch, Valentine’s Day memories of cakes and cards, and always the celebration of going at Christmas time to pick a fresh cut tree for decorating it. Louis was a man of Traditions from Cooking Creole food such as: Gumbo, Red Beans and Rice and Jambalaya. He enjoyed family picnics and Sunday fun day consisting of watching the Disney Channel and eating Strawberry Shortcake. A Favorite saying of his  would be to tell the family to “Get up and go to church”.  Louis was a man of faith giving himself to worthy community organizations such as St Jude, Adopt a foreign child and The Shriners Circus. He was a diligent-worker in the grocery business as a produce manager for over 40 years earning many honors and certificates. He was a man with a social and political conscience. Louis was a family-man who loved watching sports especially baseball, basketball and football. When not watching sports, he loved gardening. Louis had the pleasure of being a Grandfather to 5 Grandchildren Terrence L. Haynes Jr., Chynna G. Watkins, Natividad A. Montano, Bianca M. Montano, Sydney Watkins and a Great Grandfather to 1 Great Grandchild Milan Haynes. He was loved by his cousin Mark Watkins, and Nieces Cynthia Watkins, Terri L. Watkins, Tina M. Watkins and Minyan Banks, and he will be truly missed by many others. Always being remembered for his smile, funny jokes and great conversations and stories in his Louisiana southern accent. During Louis’s life he had several mentors and role models such as Martin Luther King, Billy Graham, Nelson Mandela, and Barack Obama. Louis’s family can always remember his love for Scripture Psalm 23 being his favorite, fall was his favorite season and he enjoyed listening to the soulful music of Curtis Mayfield, Ray Charles and Sam Cooke. But most of all Louis enjoyed being a father. Louis Earl Watkins III will always be remembered from the community and family he loved for so many years.

Visitation will be Friday, September 20, 2019 from 1-2 PM Funeral Service will follow at 2 PM all at the Longview Funeral Home 12700 SE Raytown Rd. Kansas City, MO. Memorial contributions may be made in memory of Louis to Kansas City Hospice or the American Cancer Society. Share online condolences at LongviewFuneralHome.com

To order memorial trees or send flowers to the family in memory of Louis Watkins III, please visit our flower store.