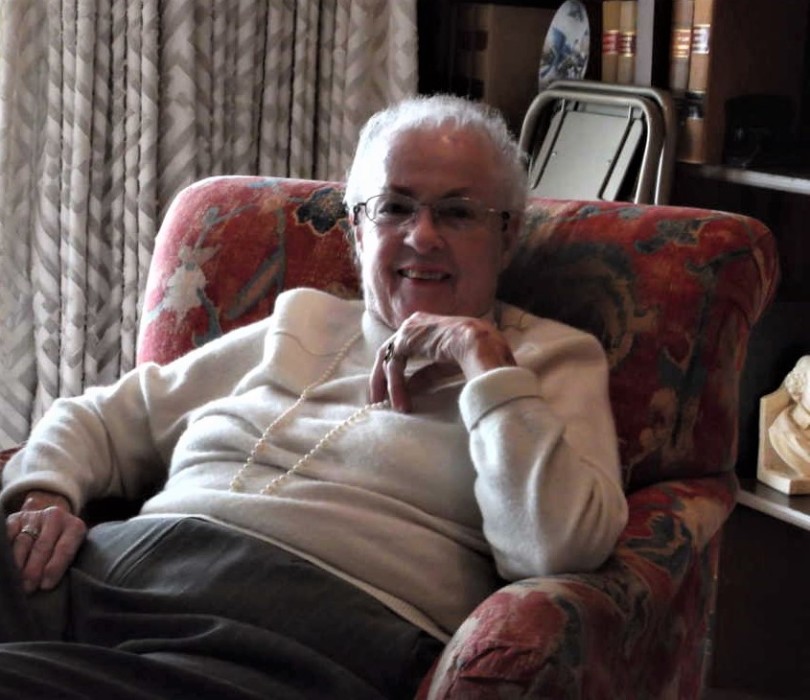 "Marianne Conroy Neal, 87, Concord, CA (originally of Lake Winnebago, MO) died Wednesday, December 25th at home with family. Services will be Friday, January 10th at 11 am at Longview Funeral Home with burial in Longview Cemetery. Visitation will be from 10-11 am Friday before the service at the funeral home chapel. In lieu of flowers, memorial contributions may be made to Children's Mercy Kansas City.

Mrs. Neal was born December 16, 1932 in Orange, NJ. She was the sister to 5 brothers who kept her on her toes! This is where her lifelong nickname of "Sis" arose. As a young adult, Marianne worked at Waddell and Reed in Kansas City in the early 1960s where she met her future husband, Larry. She and Larry settled down in 1966 in Lake Winnebago, Missouri in a wonderful lake house where they raised two children, Kelly and Scott, and later enjoyed the antics of four grandchildren. Marianne often found herself holding up bass her son caught for pictures or being discovered by her daughter hiding in the laundry room reading when the whole family was doing lawn work. Marianne cherished her family providing for them and extended family for years. Marianne volunteered in many places including working as a nurse's aid and librarian in the local schools her kids attended. Later in life, after her husband's passing, she returned to the workforce with Bank News in Mission, KS from 2001 to 2009. She was a long time member of Aldersgate United Methodist Church in Lee's Summit, attending Saturday night services with her friend Beth Edwards. In 2014, Marianne moved to Concord, CA where she enjoyed Northern California while living with her daughter. She is preceded in death by husband Larry L. Neal and grandson Scott Alan Hickerson and survived by her daughter, Kelly Hickerson, Concord, CA and son Scott C. Neal and his wife Donna, Allen, TX, three grandchildren, Bradley Neal Hickerson, Katherine Jane Neal, and Michael Charles Neal."

To order memorial trees or send flowers to the family in memory of Marianne Neal, please visit our flower store.