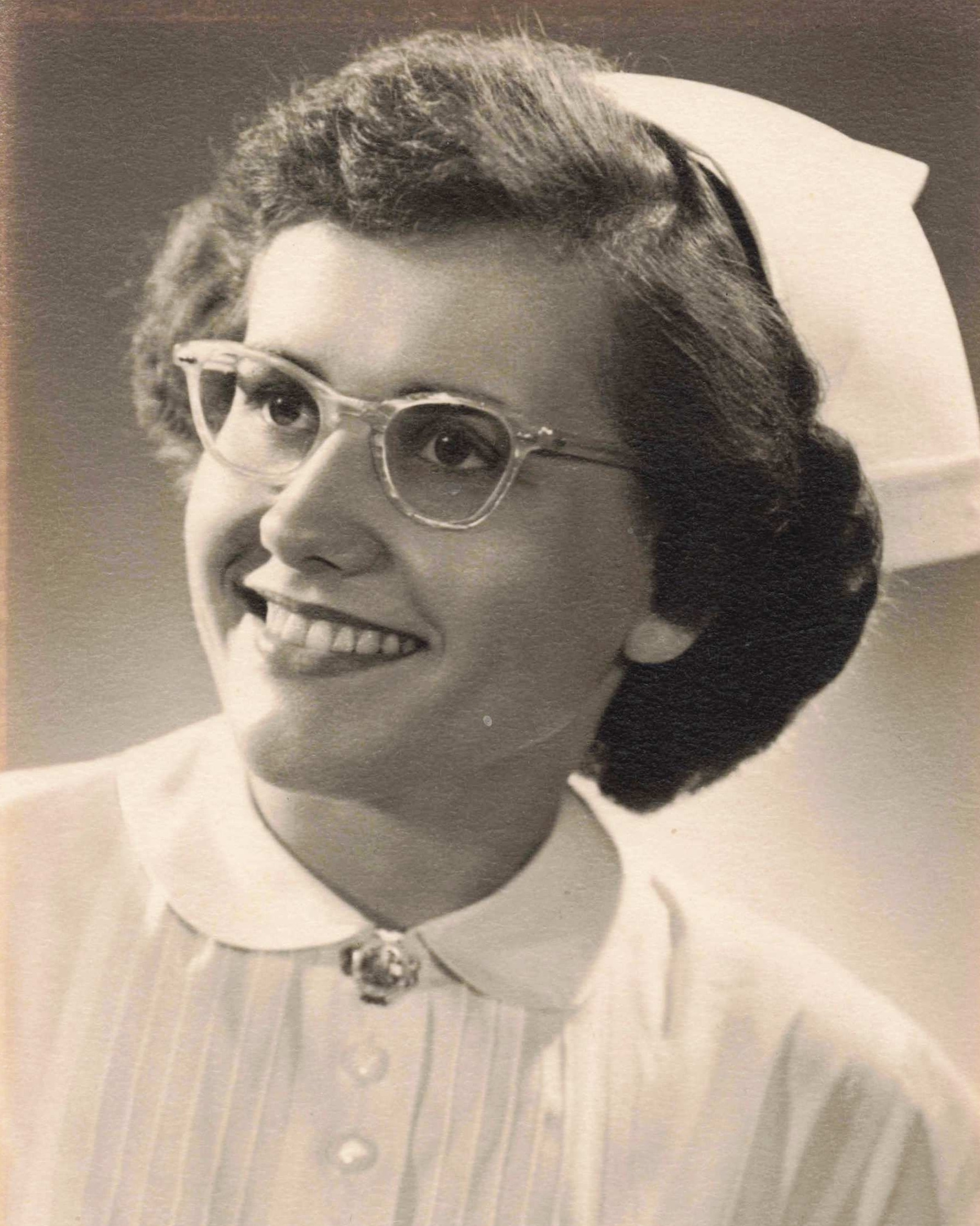 Martha was born on October 30, 1932, in Osgood, Indiana to Roy Shively and Mary (Foland) Shively.

Upon graduation from Anderson High School, Martha had hoped to become a stewardess with one of the popular airlines.  Some of the airlines required female job candidates to be registered nurses along with several other requirements.  Upon further research, Martha found that not only was she not tall enough, but she also did not meet the vision requirements of the position.

Sponsored by the Forty & Eight of Anderson, Indiana Martha graduated from Holy Cross Central School of Nursing at Notre Dame, Indiana.  Her career spanned many years, and thanks to her husband being in the Air Force she worked at hospitals and physician’s offices all over the country, touching many lives along the way.  Her longest position was with St. Joseph Medical Center in Kansas City, Missouri where she worked 17 years before retiring in 1996.

Services will be held at Longview Funeral Home in Kansas City, Missouri, on Monday, January 16th.  Visitation will be from 10:00 a.m. to 11:00 a.m. The funeral service will begin at 11:00 a.m.  Burial will follow in Longview Cemetery.

Memorial donations are suggested to the Ozanam Boys Home or Special Olympics.