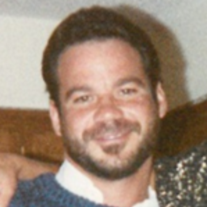 Matthew Price Groh, 57, of Kansas City, MO passed away on June 13, 2017.
Matt was born on December 5, 1959 to Jim and Susan Groh in Kansas City, Missouri. He graduated from Ruskin High School in 1978. After high school, he attended Longview Community College, studying horticulture. During his career, he owned Groh Green Landscape, but was currently working for ACE Hardware Stores. Matt will be remembered for the times he spent with his dog, Bruno, who was a Brittany Boxer and one of his best friends.
He was preceded in death by his brother, Doug Groh. Matt is survived by his parents, Jim and Susan Groh; his brothers: David (Leigh) Groh and Fred Groh; and many nieces and nephews.
A memorial service will be held on Monday, June 19th at 7:00 pm, with a visitation beginning at 6:00 pm, all at Longview Funeral Home, 12700 S Raytown Rd, Kansas City, MO 64149. A private inurnment will be held at a later date. Memorial donations are suggested to the Multiple Sclerosis Society, 7611 State Line Rd Ste 100, Kansas City, MO 64114.
Please click here to view the video tribute
To order memorial trees or send flowers to the family in memory of Matthew Groh, please visit our flower store.