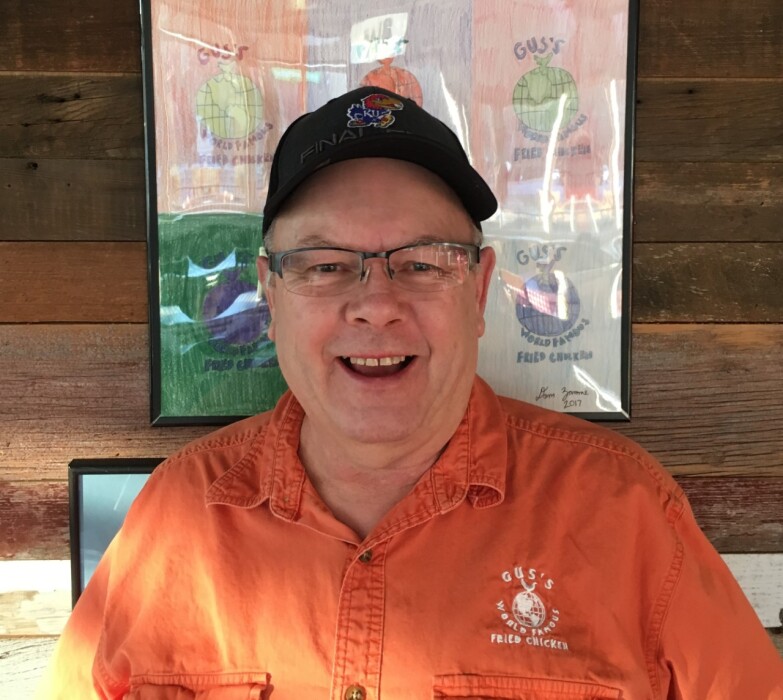 Michael was born on September 26, 1956 in Marietta, Georgia, to Glenn and Luella “Sallye” (Bowman) Meade.  He was a 1975 graduate of North Kansas City High School. Michael was Gus’s World Famous Fried Chicken’s first hire and their longest-tenured employee.  He enjoyed traveling to all of their various locations for work.

Michael was a member of La Cultura Cigar and Social, a Cigar Shop and Lounge in Kansas City, Missouri, attending their grand opening and purchasing their first locker, Locker #1.  He also enjoyed collecting hats and T shirts from his various travels and pastimes.  He was an avid fan of KU sports, always trying his best to catch their games regardless of where he was or what he was doing.

Michael was preceded in death by his parents, Glenn V. and Luella “Sallye” U. Meade.  He is survived by his children, several grandchildren, his former spouse, and many, many friends.

Michael relished life and lived it to his fullest potential.  His commitment to celebrating each moment as if it were his last was an inspiration to all who knew him.

To order memorial trees or send flowers to the family in memory of Michael Meade, please visit our flower store.