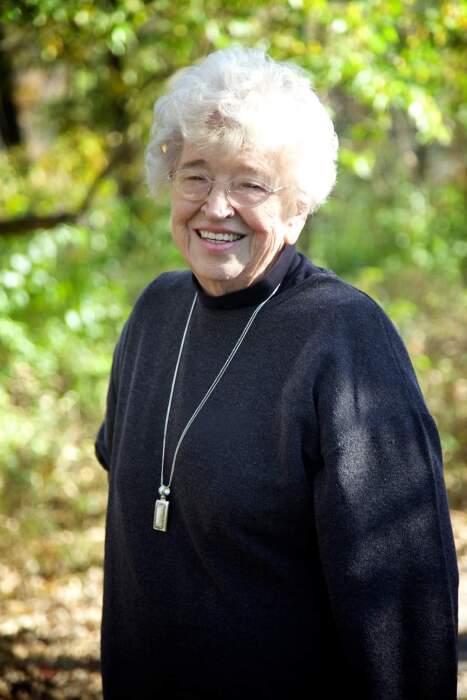 Norma was born on October 20, 1935 in Kingsville, Missouri, to Leonard and Amy (Hampton) Sparks.  She grew up in Holden, Missouri, where she graduated from Holden High School in 1953.  She then attended CMSU in Warrensburg where she met Robert “Bob” Kauffman, who was stationed at Whiteman Air Force Base.  They married on July 30, 1955.  After their two daughters were born, the family lived in Ohio and Texas before returning to Missouri where they made their home.  Norma worked at various accounting and bookkeeping jobs through the years, and in her spare time she was a voracious reader – reading was her favorite escape.

Norma was preceded in death by her parents; her husband, Robert; and all of her siblings:  Irvin Lee Sparks, Lu Sparks Howe, and Harold Sparks.  She is survived by her two daughters, Marina Kauffman of Olathe, Kimberly Kauffman Johnston (husband, Charles) of Jackson, WY; and a grandson, Alex Tait of Bozeman, MT.

The family would like to extend their greatest thanks to Ascend Hospice for all they did for Norma.

To order memorial trees or send flowers to the family in memory of Norma (Sparks) Kauffman, please visit our flower store.