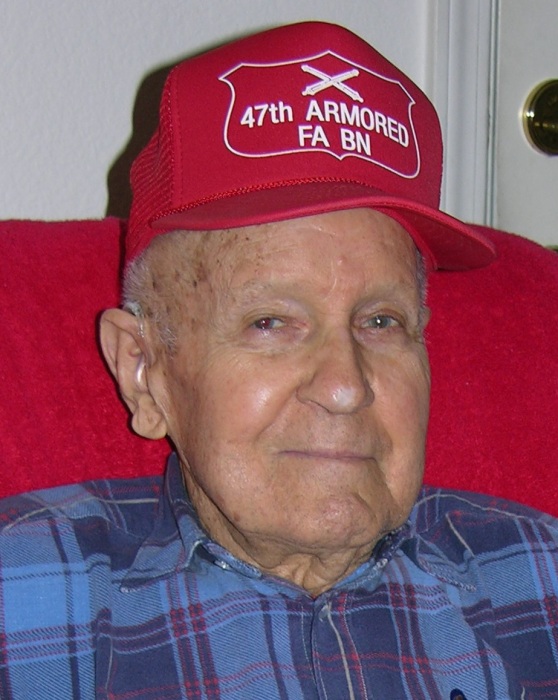 Orville was a US Army Veteran who fought in Europe during WWII serving in the 5th Armored Division. When the war ended in Europe, he and all of the younger guys in his division were sent home on leave to await orders to the western Pacific. At home in Senath, MO, when Japan surrendered, he was sent to St Louis for discharge.

Prior to enlisting in April of 1942, he was raised on a farm and known for his cotton-picking abilities often picking 400 lb. in a day. After the War, he became a truck driver for Delta Gas in Kennett, MO, where he lived and worked until his retirement in 1984. In 2010, Orville & Sybil moved to Harrisonville, MO, to be nearer to one of their sons, Lynn; and in 2019, they decided to both move into Wilshire at Lakewood Care Center in Lee’s Summit.

The family suggests memorial contributions in lieu of flowers be made to First Assembly of God Church in Kennett, MO, where he was a long-time member of over 60 years.

A memorial service will be held Monday, October 17th, at 1:00 PM at the Missouri Veterans Cemetery Chapel at Higginsville, MO. Burial will be with full military honors in the Veterans Cemetery following the service. No visitation period is planned.

Longview Funeral Home & Cemetery is in charge of arrangements.

To order memorial trees or send flowers to the family in memory of Orville Alsup, please visit our flower store.