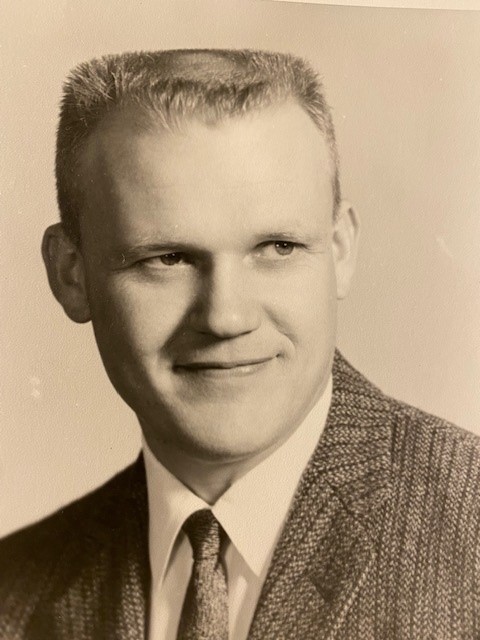 Paul Edward Coons, 89, of Lee’s Summit, Missouri, passed away peacefully on December 26, 2021, at the Parkway Senior Living center in Blue Springs, Missouri.   Paul had been in hospice care since April of 2020 for Alzheimer’s dementia and other disabilities, and received excellent care from family members, hospice workers, and the care staff at the Parkway.

Paul was born in Kansas City, Mo on December 6, 1932.  He was the fourth of five children born to Carl Joseph Coons and Luella Harriet Estep.   Paul graduated from Raytown High school in 1950 and was drafted into the US Army in 1953.   He served in the domestic forces during wartime from 1953 to 1955, achieving the rank of Sergeant.

Paul married Barbara Joan Byram on May 3, 1958.  In 1958, the couple moved to Wichita, Kansas, where Paul took a job in the printing equipment industry.  Paul, Barbara, and their 2 young children, Scott Edward & Paula Sue, moved to Kansas City Mo, in 1965 where Paul eventually opened his own printing repair business, Coons Litho Press Service.   In 1974, Paul and Barbara welcomed their third child, Douglas Edward.  Paul & Barbara were married for 63 years before Barbara’s passing in July 2021.

Paul joined Alcoholics Anonymous in October of 1988.  Since that day forward, Paul remained a fully engaged AA member who went to meetings daily and stayed sober for the remainder of his life.  Paul was known to fellow AA members as someone who had portions of the AA Big Book committed to memory by page and was notorious for using one liners to get important points across. His catch phrase, “DDT” (Don’t drink today) is mentioned daily amongst members.  He received his 33-year coin on 10-4-2021.

He was a straight shooter; direct, if not indelicate or coarse, but he never knew a stranger and always had a joke or pun ready to share. He was a warm-hearted person who would offer his help or advice.  He liked to fix things and was always tinkering with tools, machinery, and any items around the home that needed fixing or improvement. In his last years of life, Paul suffered from Alzheimer’s dementia, but in his mind, he was still fixing machinery and asking for those around him to hand him various tools.

Paul will be buried beside his loving wife at the Veteran’s Cemetery in Higginsville, Missouri.  A Memorial service will take place at a later date. Memorial contributions can be made to your favorite charity, or to the Lee’s Summit Bible Church, 1200 NE Colbern Rd., Lee’s Summit, MO 64086.

To order memorial trees or send flowers to the family in memory of Paul Coons, please visit our flower store.