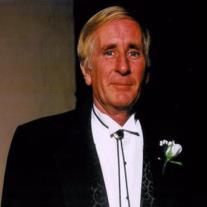 Richard Hugh Faulkner, 72, passed away October 19, 2015 after a long battle with Diabetes.

Dick was a co-owner of Faulkner's English and Western Store since 1954 and he also owned Faulkner's Saddlery.  He was loved by many horsemen and the Arabian Horse Associations that he supported.

He was preceded in death by his parents, Vearl and Mary Faulkner; sister Marilyn Nauman.
He is survived by his daughter, Lisa (Mike) Gosselin; two grandsons: Zachary and Spencer Gosselin; sister, Judy (Woody) Blake; brother, Robert (Marilyn) Faulkner and many nieces and nephews.

A funeral service will be held Monday, October 26 at 12:00 pm at Longview Funeral Home, with Visitation from 10:30-12:00 pm. Burial will follow. Contributions may be sent to The Arabian Horsemen's Distress fund:  236 Henry Sanford Rd, Bridgewater, CT  06752. www.horsemensdistressfund.com
To order memorial trees or send flowers to the family in memory of Richard Faulkner, please visit our flower store.