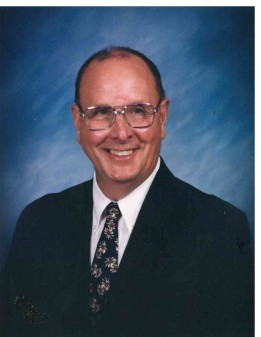 Richard “Dick” G. Wilkins went home to the Lord on July 23, 2021, at the age of 84. Dick was born June 19, 1937, in Goodland, Kansas to Ellsworth and Lorene Wilkins. The family moved shortly after Dick’s birth to Englewood, California where they lived until he was age 10. The family was moving across the country to Boston, Massachusetts, where Dick’s Dad was hoping to find work in the shipyards. Circumstances, however, landed them in Preston, Missouri near his maternal grandparents’ home. Here they bought a farm and settled down.

Dick attended Buffalo High School, Buffalo, Missouri where he played both basketball and baseball before graduating in 1955. On April 8, 1956, he married his High School sweetheart, Jean Bradley, to whom he was married to for 65 years. They moved shortly after their marriage to Kansas City, Missouri, where Dick worked odd jobs at first, and later as an auto mechanic. Over the years, Dick owned and operated several service stations in Kansas City and Raytown, Missouri. Some of these stations he owned with his brother, Roger Wilkins. He enjoyed the fact that he was able to employ his brother-in-law, Carl Bradley and his son, Alan Wilkins.

After retirement he enjoyed working on projects around the house, yard, and wood carving. His family and friends have been the lucky recipients of his carvings which are works of art. He always found time for Kansas Jayhawks basketball and Chief’s football.

Dick and his wife Jean bought their home in Grandview, Missouri where they have lived for over 60 years. Here they raised their two children, Richard Alan, and Jane Ellen, and had the good luck to live on the same street as many of their family members. Dick was a devoted Godly man, he was an active member of Belevidere Heights Baptist Church for 40 years, there he served as a deacon and Sunday School Director. He and Jean later joined Raymore First Baptist Church where they were active members for 10 years.

To order memorial trees or send flowers to the family in memory of Richard (Dick) Wilkins, please visit our flower store.