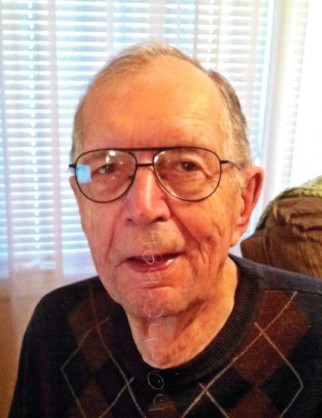 In loving memory of Robert Charles Clarkson (90), who went to be with the Lord on March 13, 2018, with his family by his side. Robert was born March 30, 1927 in Rich Hill, Missouri to James and Elsie Clarkson.

Robert was preceded in death by his parents and his beloved wife, Dorothy, of 71 years. He is survived by his three daughters: Sharon Stokes, Jan (Robert) Thomas, and Dawn Harmon; one grandson, Stephen (Amy) Craig; two great grandchildren: Haylen and Zander Craig; and one brother, Jim (Sandra) Clarkson.

Robert served in WWII and the Korean War. Robert was an Electrical Engineer with Panhandle Eastern Pipeline and retired after 40 years of dedication to the company. One of Robert’s greatest gifts in life were his two great grandchildren, Haylen and Zander. Robert had a strong love for the Lord and raised his family to share the same love and to trust in the Lord. Memorial services are to be private at Longview Funeral Home.

To order memorial trees or send flowers to the family in memory of Robert Clarkson, please visit our flower store.