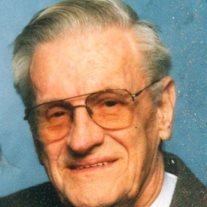 He was born to the late Robert James and Carrie Lee Moffatt on June 16, 1924 in Kansas City, KS. He graduated from Wyandotte High School in 1942 and joined the U. S army and served his country in Europe during WWII. He graduated from Emporia State Teachers College in 1950 with a Bachelors of Education Degree. He received his Masters Degree in French and Spanish from Emporia State in 1952. He married Jeanne Sacks on August 12, 1950.
In addition to being a devoted husband and father, Robert was a salesman for Moore Business Forms and Data Documents. Robert and Jeanne served as lay leaders and ministers in many churches in Kansas and Missouri.
Robert and Jeanne, members of World Revival Church of Kansas City, were ordained ministers through World Revival Network. They spent their retirement years as missionaries to Thailand and Burma as the Oversees Representatives and Coordinators for Asian Tribal Ministries. Their international ministry also took them to England, Australia, Guatemala, Mexico, Singapore and Malaysia. They saw miracles of healing and transformed lives everywhere they went.

To order memorial trees or send flowers to the family in memory of Mr. Robert Moffatt, please visit our flower store.