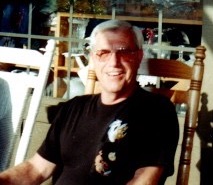 Roger was born on September 2, 1941 in Fort Des Moines, IA to Ralph and Helen Hamacher. As a young boy, he moved with his family to the Kansas City area. He graduated from Raytown High School in May of 1959. Roger continued to further his education receiving his bachelor, master and specialist degrees in administration from Central Missouri State. On July 31, 1965, Roger married the love of his life, Marilyn Van Dorn, and from this marriage they had two daughters. Roger worked as a history teacher at Raytown South Junior High. He continued his career in education working as vice principal for Hickman Mills High School until he retired. Roger enjoyed following sports, especially the Kansas City Chiefs and Royals, caring for his lawn, and spending time with his family. Roger is preceded in death by his parents and will be fondly remembered and greatly missed by his wife, Marilyn; children, Michelle (John) Titsworth and Heidi (Dave) Loecke; grandchildren, Thomas (Kristy) Hodges and Michael Titsworth; great grandchildren, Brandon and Brody; and his beloved dog, Gidget.

A graveside service will be held at Longview Cemetery on Tuesday, March 24th at 10am.

To order memorial trees or send flowers to the family in memory of Roger Hamacher, please visit our flower store.