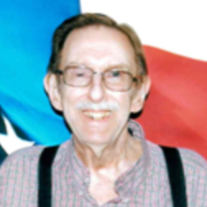 Ronald Lee Shelton, 73, of Lee’s Summit, MO, passed away on Saturday, August 27, 2016 at St. Joseph Hospital in Kansas City, Mo.
Ron was born November 20, 1942 at KU Hospital to Elmo and Pauline Shelton. He graduated from Westport High School in 1961. In Sept. 1964, he married Linda Wilson and to this union three kids were born: Richard, Stacey, and Melissa. In April 1976, he married Linda K. Lester (Clayton), and to this union were three children: Jason Lester, Amanda, and Ryan. He worked for Kansas City Southern Railroad from 1966 until 2003 in roadway accounting and engineering.
He was preceded in death by his mother, Pauline; father, Elmo; and baby brother, Gary. He is survived by wife, Linda of 40 years; children: Stacey Kinney of Lee’s Summit; Melissa Shelton of Blue Springs; Amanda Shelton-Johnson of Grandview; Richard (Jenifer) Shelton of St. Charles; Jason (Daytin) Lester of Olathe, KS; and Ryan (Ashlee) Shelton of Lee’s Summit; 15 grandkids; 1 great-grandchild; and several nieces, nephews and Kcs friends.
A visitation will be held on Wednesday, August 31st from 6:00 – 8:00 pm at Longview Funeral Home, 12700 S Raytown Rd, Kansas City, MO 64149. Funeral services will be held on Thursday, Sept. 1, 2016 at 1:00 pm at Longview Funeral Home. An inurnment will be held at a later date.
To order memorial trees or send flowers to the family in memory of Ronald Shelton, please visit our flower store.