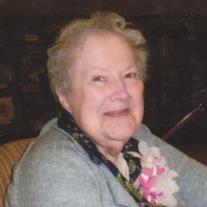 Ruth Evelyn (Conlon) Day, 88, of Kansas City, MO passed away on Friday, January 2, 2015 at Little Sisters of the Poor in Kansas City, MO.  She was born in Atchison, KS on October 4, 1926, the daughter of James and Ruth (Glenn) Conlon.  She is preceded in death by her parents, her sister Mary Virginia “Dugie” (Conlon) Hechinger, and her nephew Stephen Hechinger.

To order memorial trees or send flowers to the family in memory of Ruth Day, please visit our flower store.