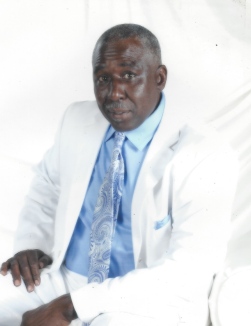 Due to the COVID-19 restrictions the funeral home will adhere to the 10/10/10 guidelines and ensure social distancing precautions are followed.  The family extends their apologies for this inconvenience and will share a video recording of the service on the following day for those unable to attend.   A recording of the funeral services may be viewed by copying the following link into your web browser:

Shannon Beard, the son of the late Dorothy Lee Beard and Paul Daniel Bailey was born on May 3, 1952 in Kansas City, Missouri. He was preceded in death by his mother, father, brother, Paul Bailey, Jr. and stepfather, Earl Carter, brother-in-law, Clifton Hines, and niece, Nina Rambo-Jones.

Shannon met the love of his life, Kathleen Rambo in 1988 and they married one year later. At the time of his passing, they celebrated 31 years of marriage.

Shannon was educated in the Kansas City, Missouri Public School District. He attended Graceland Elementary, Southeast Junior High and graduated from Southeast High School. He was quite the athlete and a huge sports enthusiast who loved playing football, baseball, and basketball. During his high school years, he excelled in football which afforded him a scholarship to the University of Arkansas at Pine Bluff. In 1975, his athleticism earned him a tryout with the Kansas City Chiefs and in that same year he received his Bachelor of Arts Degree from the University of Arkansas at Pine Bluff. Two years later, he received a Master of Arts Degree in Secondary Education from Ouachita Baptist University in Arkadelphia, AR.

After graduation, Shannon found employment as a Probation and Parole Officer for the state of Arkansas. In 1983, he returned to the Kansas City area and accepted a position as a Correctional Officer at the Leavenworth Federal Penitentiary. While having a strong work ethic, Shannon realized that he did not enjoy the paperwork and office politics, so he opted for an outside job as a mail carrier with the US Postal Service. Keeping true to the motto, “Rain, Sleet or Snow,” he would “go” and did so for thirty-three years. Shannon used his job as the perfect opportunity to be a witness for Christ.  On his routes, you could find him telling others about the goodness of God and assisting his patrons on a daily basis.

To those who did not know him, Shannon exuded a tough exterior but behind that wall was a gentle giant who sought opportunities to help others even to his detriment. For over twenty years, he and his wife served as landlords on several properties to provide affordable housing for others. In his spare time, Shannon loved watching sports, traveling and simply being in the presence of family and friends.

How sweet it is that on May 3, 2020, Shannon’s 68th birthday, God decided that his work on this earth was done and transitioned him to his heavenly home.

To order memorial trees or send flowers to the family in memory of Shannon Beard, please visit our flower store.