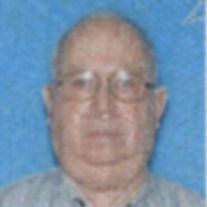 Stan Bremer passed away peacefully in his home on March 20th after a long battle with lung and heart disease. His wife of 25 years, Charlene, was by his side and he was surrounded by their children and grandchildren.
Stan was born on July 22, 1938 in Cole Camp, MO to Walter and Emma (Schnakenberg) Bremer. He attended school at Rocky Ridge Elementary, a one room schoolhouse in Cole Camp, Missouri and later attended Rosedale High School and graduated from University of MO – Kansas City. Stan was in the US Army, serving in Landau, Germany as a SP5 missile technician. He was employed at Bendix (Allied Signal/Honeywell) as an Electrical Engineer until he retired in 1991.
Stan was a very generous man who enjoyed spending his time volunteering with organizations such as Habitat for Humanity, Lutheran Ministries and helping to care for elderly friends in need. He and Charlene made several mission trips to Mexico where they helped build much needed housing, twice taking their granddaughters, Jessica and Christale. He loved hunting, fishing, and gardening was his passion.
Stan was preceded in death by his parents, his brother-in-law, Vern Gregory; and son-in-law, Ed Barnes. He is survived by his wife, Charlene; sisters: Emily (Russell) Scott of Warner, OK, Joyce (Joe) Ellwanger of Milwaukee, WI, and Beverly Gregory of Belton, MO; his children: Sharon Barnes, David (Patty) Schill, and Teresa (Mark) Freeman; 8 grandchildren; 7 great-grandchildren; and many beloved nieces, nephews, cousins, and friends.
His generosity, faith, kindness, and loving spirit was admired greatly by his whole family. He was loved by many and will be missed by all. A hard headed German in every sense of the word, he had a heart of gold.
Honoring Stan’s wishes, there will be no services. Memorials in the way of charitable donations to the Doctors Without Borders organization is suggested and would be greatly appreciated.
To order memorial trees or send flowers to the family in memory of Stanley Bremer, please visit our flower store.