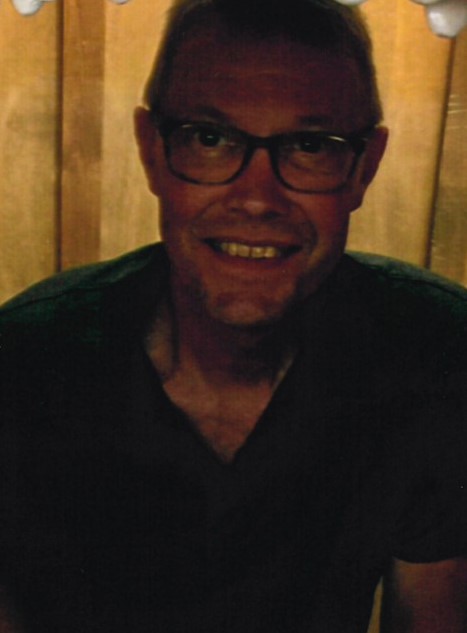 Stephen James Newville was born June 9th, 1966.  He served in the United States Navy for six years where he learned his trade in the mechanical field.  Steve worked as a Maintenance Electrician for a variety of manufacturing companies.  In 2002 Steve moved to Olathe, Kansas for work and later that year he met his wife, Lori.  In April of 2003 they were married.  In 2012 when Steve and Lori found out he had cancer, they were determined to fight the awful disease.  Even through these past eight years while fighting his cancer, Steve continued to work.  He wasn’t going to let it beat him.  It wasn’t until this past year he had to go on disability because it was just too much physically and mentally.

Steve lived his life to the fullest and never let cancer stop him.  He loved sports, whether it was watching Chiefs football on Sundays, KU Basketball on Saturdays, or the Royals during baseball season.  While Steve was on hospice these past five months, he was able to have a private tour of the Chiefs stadium and was excited for the playoff games and Super Bowl.  He actually watched the Super Bowl twice if that tells you how excited he was about the win.

Steve passed away at his home with his wife and children at his bedside on Friday, February 14th at the age of 53.  He leaves behind his wife Lori of nearly 17 years; his daughter, Jessica Garcia and husband, Rob and their children Lucas and Alex; his daughter, Trista Muise and husband, Jason; his son, Kyle and wife Shelby, and their children Maddox, Elliot and baby boy due in July; his son, Justin and wife Molly and their baby due in August; his parents, Jim and Bonnie; his sisters, Stephanie and husband Darryl, and Sandy and husband Doug; his uncle, Gary Johnson and wife Penny; along with many nieces and nephews.

Steve loved his family and was so proud of the things his children have accomplished.

To order memorial trees or send flowers to the family in memory of Steve Newville, please visit our flower store.