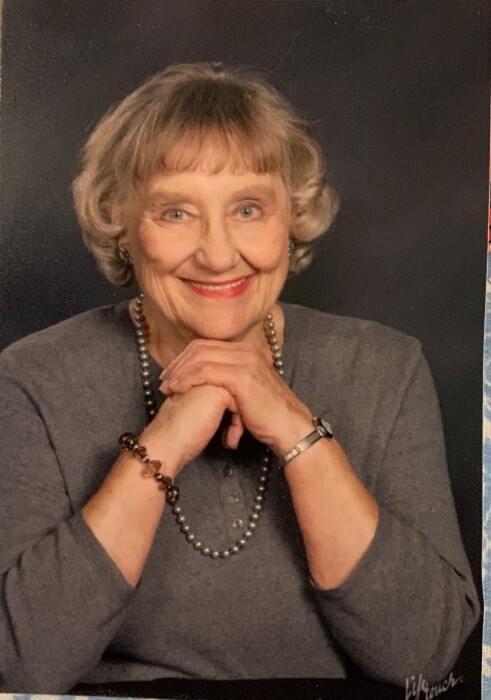 Our beloved Thelma Elaine Careswell, of Lee's Summit, Missouri passed away peacefully at Lee’s Summit Medical Center on December 21, 2021 at the age of 88.

She was born to James "Louis" Leach Jr. and Rosemary Leach in Forest Green, Missouri on September 13, 1933. She later married Taylor Careswell and celebrated 52 years of marriage until his death in 2006. Thelma was active in the Lutheran church for years. She had a “green thumb” and loved working in the yard and gardening. Thelma was a genius in the kitchen and always welcomed family and friends over for her famous carrot cookies or baked chicken and noodles. She worked as a secretary and was also a housewife caring for her 3 children. She later moved into John Knox village independent living and attracted many friends with her incredible kindness and loving personality. Thelma participated in several John Knox theater productions and enjoyed the stage. She loved playing cards, bingo, going to lunch or just hanging out with her group at John Knox. Later she moved into the Village Care Center where she was loved by the staff and continued to develop relationships until her death.

She was preceded in death by her parents, her husband, sisters Evelyn, Betty, Rosemary, Katherine, and her brothers Bill and James "Junior" Louis Leach III. Thelma is survived by her daughters, Tanya Careswell, Sonya Dougan and her husband Jerry who all reside in Arizona,  her son, Vinny Careswell and his wife, Holli of Lake Winnebago, Mo., grandsons Sean Dougan and wife Scottie, Josh Careswell and wife Mina, Camden Careswell and Boston Careswell.  Also, 3 great-grandchildren- Sean’s children Kaylee and Jared, and Josh’s son Max.

She loved her family and friends deeply and we take comfort in knowing that Thelma is now at peace, surrounded by light.

In honor of Thelma, please do something kind for someone, or volunteer at John Knox Village.

To order memorial trees or send flowers to the family in memory of Thelma Careswell, please visit our flower store.